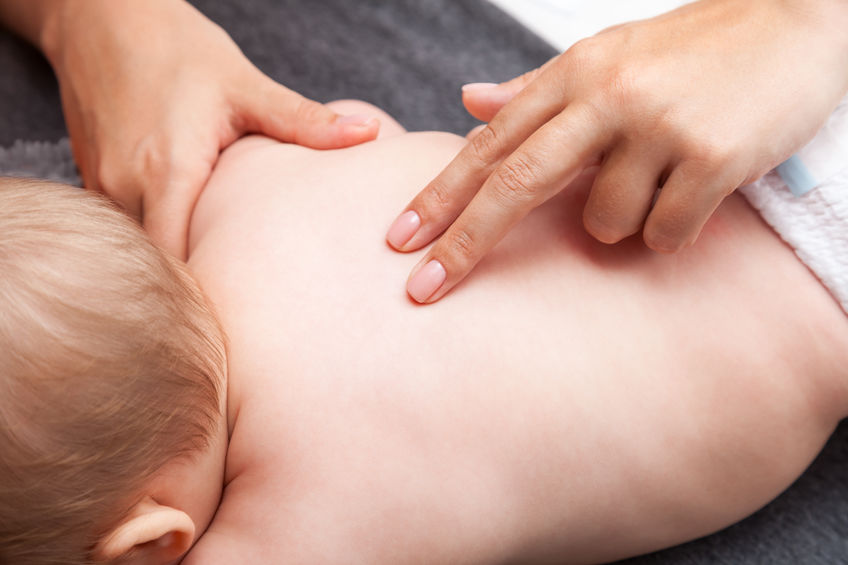 Labor and delivery is a very traumatic experience for the mother.  However, we often forget that delivery is very strenuous on the baby as well.  Often, injuries from the forces applied on the head and neck go unchecked.  We recommend having our doctors evaluate your little one.  Our doctors are highly skilled in gentle and safe chiropractic adjustments that are suitable for newborns and infants alike!

Here are some of the most common conditions effectively treated with chiropractic infant care. Your baby may not be able to communicate that they’re in desperate need of a chiropractic adjustment, but that’s exactly what they could be telling you with their cries.

A baby suffering from irritable infant syndrome could be experiencing a developmental sleep disorder or dysfunctions in regulating their infant state, causing extreme fussiness. Though the diagnosis is vague, a simple chiropractic adjustment can realign everything making your baby feel good again and reduce their symptoms. What they may be fussing for could be a restoration in their developing nervous system.  Parents often report to us that their babies often sleep much more soundly following their first adjustment.

Also known as GERD, gastroesophageal reflux disease is a commonly diagnosed condition in infants. These babies vomit, throw up, or spit up more than usual as a result of leaking acid from their stomach up into their esophagus, which is very painful for their little bodies. While acid blockers can treat the symptoms, they do nothing for resolving the problem—which is often the misalignment of their spine, placing undue pressure on their diaphragm, and throwing the system’s balance off. A quick and simple chiropractic adjustment could make a world of difference for an infant suffering from GERD.

Colicky babies will cry relentlessly seemingly without reason, as they are usually healthy, well-fed, and well-rested. Many experts claim that colic is completely untreatable, relying heavily upon infants simply outgrowing the condition. Conversely, chiropractic care given to infants with colic has shown an improvement of colicky symptoms in almost 95 percent of babies who receive the treatment.

Many babies are able to overcome the difficulties they experience with breastfeeding with chiropractic infant care. A chiropractic adjustment can realign the neck, shoulders, and jaw, which helps babies latch with ease. This significantly reduces stress for both mother and baby.

Are you enrolled in Medicare or Medicaid?
Yes
No